welcome to the home of fabulous quality postcards

Make Your Halloween Mantle Super Spooky
with some Nightmare Elixir
Hiya Pumpkin-Heads!
I have another great DIY idea for you with a "nightmare elixir" jar. 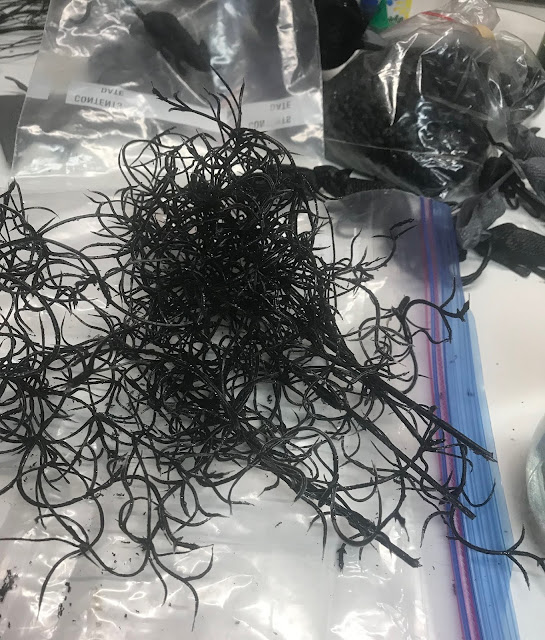 I found this very creepy black plastic spikey plant-thing at Michael's last year.
I am not sure that " black plastic spikey plant-thing" is the technical name of this
fake plant but it will serve our purposes today LOL! :)
It had such a great creepy look to it that I knew it would come handy.
You could also use tiny twigs as well. I think basically anything that looks twisted and knotted and can sit in water for a period of time.
Anything that will trap the many demons in nightmares of unsuspecting dreamers. 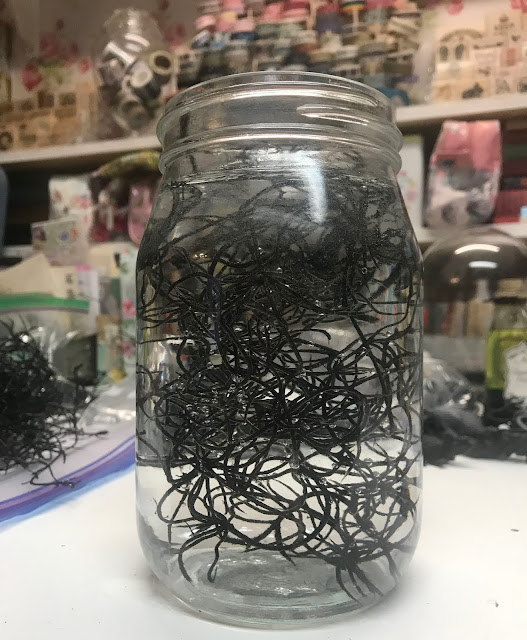 I shoved quite a bit into a jar with water to see how it would float and mix. 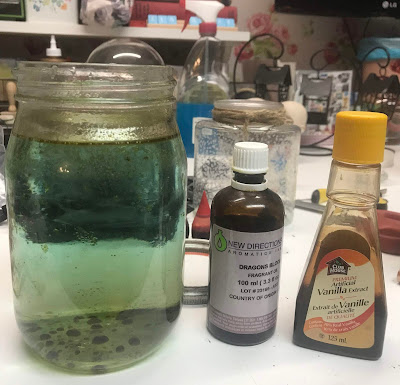 I took the "black plastic spikey plant-thing" out and then played with what
might make the water look murky and a bit gross but still fairly clear.
I added some green and blue food colouring and then I played around with some
oil fragrant oil and vanilla extract adding just a tiny bit at a time. I didn't want

to over do it until I saw how it would mix. The fragrant oil hung in little black balls which was fun. I wasn't sure how long they would last but the fragrant oil added a nice mix to the consistency to the water. The vanilla helped the water to look murky in a way the food colouring couldn't. 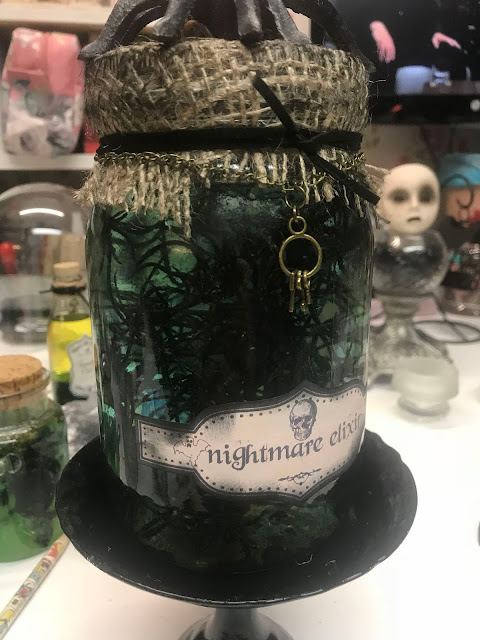 I didn't do much after I added the colouring except add the label and some burlap at the top with some faux leather string. The tiny keys on the chain are from a necklace I found at a thrift shoppe in the summer. I did take some old black shoe polish and rub it on the burlap to make it look old and grimy.


So, what is interesting is that after about 3 weeks on the mantle the colour went from a greenish-blue to a sort of purple colour. I am not sure if it is because of the heat of the lights behind it but I was certainly surprised. 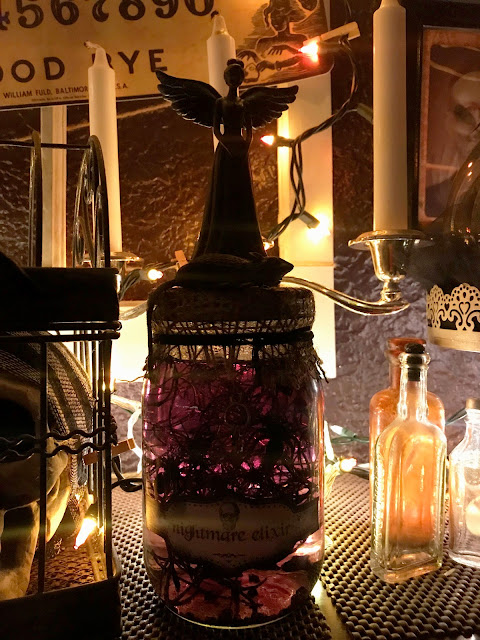 I think it looks good and creepy especially with the angel and the mouse on top :) 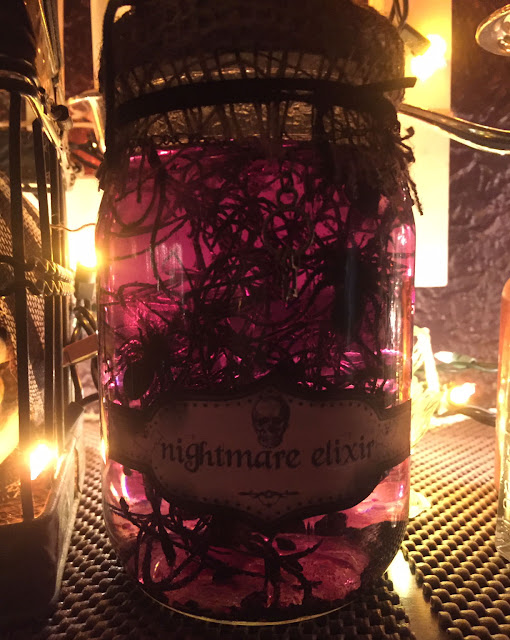 Here is a close up of the colour and to the right you can see a couple
of the plastic spiders I added at the last minute.

Have fun creating and decorating spooky additions to your home.
Love Lisa xo
Back to blog